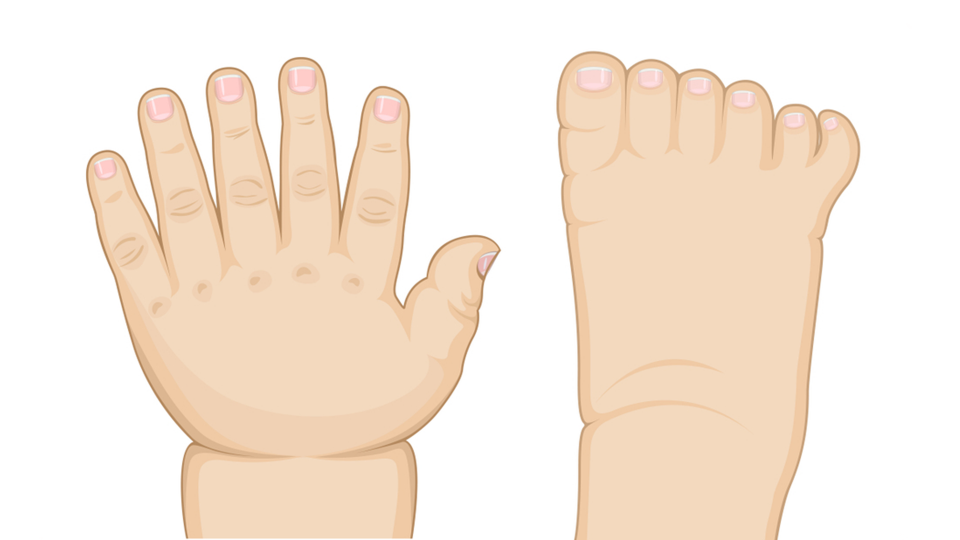 Congenital anomalies are pathologies that occur in the structures and physical appearance of the baby due to reasons such as hereditary diseases, deformity in the mother's womb, exposure to radiation during the development process of the fetus in the womb.

What is Congenital Anomaly?

Congenital anomalies are pathologies that occur in the structures and physical appearance of the baby due to reasons such as hereditary diseases, deformity in the mother's womb, exposure to radiation during the development process of the fetus in the womb. Some of these may be harmless, such as the formation of a third nipple, while others may develop within the heart tissue and be life-threatening.

Congenital anomalies that present as shape deformities or functional problems are known as malformations. For example, cleft palate or lip in newborns are examples of this. In internal organs such as the heart, structural abnormalities are called defects.

How Common Are Congenital Anomalies?

It can be seen in an average of 3 to 5 percent of newborn babies. With the developments in diagnostic methods, anomalies can be detected in earlier stages of development.

What are the Risk Factors of Congenital Anomalies?

Diaphragmatic hernias are conditions where some of the organs in the abdominal cavity enter the chest cavity due to a defect in the diaphragm present as herniation. In mild cases, a sequela-free life is possible after surgical intervention.

It occurs when unusual cysts are formed in the lungs. The problem is diagnosed soon after birth and can be treated surgically.

They are located anteriorly or laterally in the neck region. They are detected as small hard masses that cause aesthetic problems and are detected by physical examination. USG is the most commonly used auxiliary examination method in diagnosis and differential evaluation. They can be removed easily with surgery.

It is characterized by the esophagus being blocked or undeveloped. It presents with different variations. In the vast majority of them, there is also a fistula between the undeveloped esophagus and the trachea. About half of the cases are accompanied by other congenital anomalies. The diagnosis is made immediately after birth, and they should be treated without delay.

Caused by developmental disorders of the anterior abdominal wall and primitive intestines. Babies are born with their intestines outside the abdominal cavity. They are usually seen as two types: Omphalocele and gastroschisis. Multiple system anomalies are frequently accompanied. There are surgical and conservative treatments according to the type and condition of the baby.

Small bowel atresia is the most common cause of intestinal obstruction in newborns. It has been shown that they occur as a result of vascular pathologies during development. Diagnosis is made with a typical picture of postnatal bowel obstruction. Treatment is surgical without delay.

It is known as the absence of nerve cells in the terminal parts of the large intestine. It manifests as partial or complete intestinal obstruction. Diagnosis is made in the neonatal period or soon after. 95% of normal new-born babies definitely excrete meconium within the first 24 hours, the remaining 5% in the second 24 hours. New-borns who do not excrete meconium after 48 hours on their own or with the help of a paediatrician, should immediately be suspected and evaluated for Hirschsprung’s disease. The diagnosis is made by radiological methods, rectal manometric study and rectal biopsy. The treatment is surgical.

It is a congenital absence of rectum or it’s opening. Ano-Rectal malformations are a group with a wide spectrum. There are mild anomalies that require minimal surgery at one end of the spectrum, and very severe and complex defects at the other end. They constitute 1/4 of the digestive system anomalies that require surgical treatment in the neonatal period. Male to female ratio is usually in favour of men. Treatment is single or staged surgery depending on the form of the defect.

They occur due to problems during the development of the urogenital system. Some are incompatible with life, and some are followed up without any surgical intervention. They are comprised of structural anomalies of the kidney (number, rotation, migration, fusion), parenchymal anomalies (hypoplasia, dysplasia, cystic) multicystic diseases and uretero-pelvic junction stenosis or obstruction. Some of them are diagnosed during pregnancy during routine USG evaluation. They should be followed very closely with the Pediatric Nephrology department. Treatment is conservative or surgical, depending on the type and degree of the anomaly.

It is known as obstruction due to abnormal tissue folding leading to a covered outlet of the urinary bladder and the initial part of the urinary tract. It is detected by prenatal USG examination or after investigating problems such as voiding difficulty and frequent urinary tract infections after birth. The treatment is surgical, and the approach is planned depending on the age of the patient during diagnosis or the degree of kidney damage that has occurred.

It is defined by expressions such as "congenital circumcision/half circumcision" among the people. There are three important elements: the urethral opening is lower than it should be at the tip of the penis, the penis shaft is curved forward to a certain degree, and the foreskin is in the form of a cape on the back of the penis, but not in the front. These children should definitely not be circumcised. The treatment is surgical and the ideal time is between 6-12 months.

It is an anomaly that occurs due to the inability of the reservoir-like structure of the urinary bladder to form in the womb. It is difficult to detect in the prenatal period. In male babies, the bladder neck and the tip of the penis are also open (Epispadias). The treatment is surgical, and intervention should be made within the first 72 hours after birth without losing time.

It should be a warning if the appearance of the external genitalia of the newborn baby cannot be distinguished if it is male or female. It is essential that they be managed in a multidisciplinary manner. Only in this way, a realistic and healthy treatment is possible. Their treatment is often in the form of surgery and hormonal support.