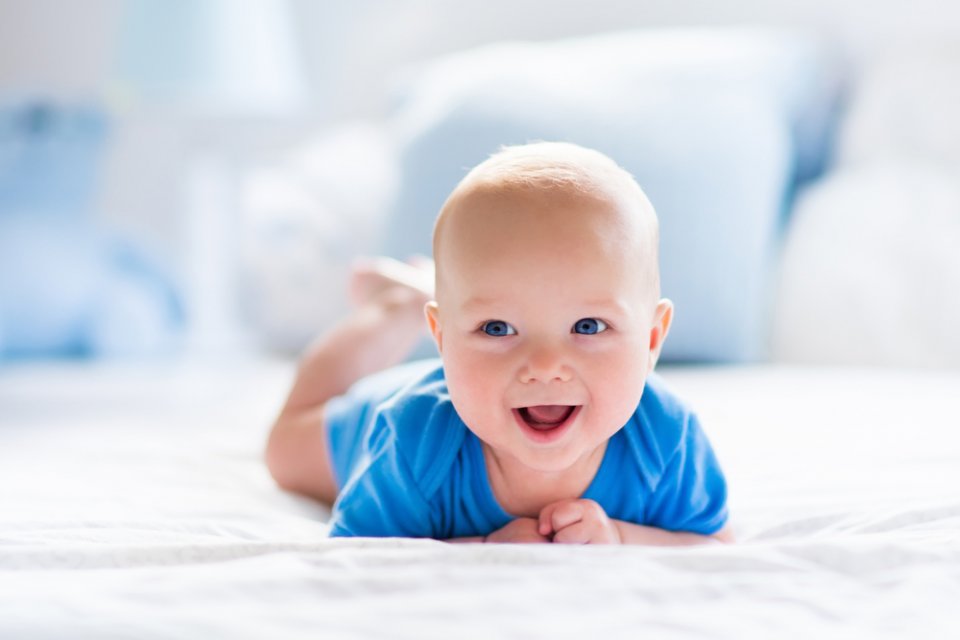 A male baby's testicles develop in the abdomen before birth. These organs pass through a canal in the groin, as birth approaches. When everything goes as it should, the testicles fall into place in the scrotum, the bag of skin under the penis. In some boys, especially those born prematurely, one or both testicles might not descend into the scrotum before birth. This is known as cryptorchidism, more commonly referred to as undescended testicles. In babies born with this condition, the testicles sometimes descend on their own, usually at 6 months of age. In other cases, treatment or surgery is required.

WHAT IS UNDESCENDED TESTICLES IN CHILDREN?

Undescended testicles is the condition in which one or both testicles of male babies do not descend to their appropriate place in the scrotum.  In the beginning of the 3rd month which is a period involving rapid growth, and maturation of organs and tissues so called intrauterine period the testes are located in the abdomen. Testes then pass through the inguinal canal and descend into the bag containing the testicles called scrotum. Undescended testes is the failure of this key developmental process.

WHAT ARE THE CONSEQUENCES OF UNDESCENDED TESTICLES IN CHILDREN?

The temperature in the abdomen or inguinal canal is 1-2 degrees higher than the temperature of the scrotum, the bag-like structure in which the testicles are found. For this reason, deterioration occurs in the testicular tissue when exposed to heat.  The testicle, which experiences deterioration, loses its ability to produce sperm over time. As a result, the number and quality of sperm cells are affected and the more the testicle is exposed to heat, the higher the risk of infertility. In addition to this, as a result of undescended testicles, a decrease in sperm count and quality is observed. In undescended testis, the risk of infertility is lower when only one testis is affected, but the risk of infertility increases when both testicles are affected.

CAUSES OF UNDESCENDED TESTICLES IN CHILDREN

It is known that factors such as genetics, environmental factors and maternal health play a role among the causes of undescended testes. In addition to these, other risk factors for undescended testicles in children are as follows:

DIAGNOSIS OF UNDESCENDED TESTICLES IN CHILDREN

Undescended testis in children can be detected during physical examination upon palpation or during abdominal and scrotal region X-ray and ultrasound scans. In the case of nonpalpable testis, the testis should be found by exploration using the laparoscopic method. Detection of testicle vessels and spermatic cords entering the inguinal canal in laparoscopy indicates that the testis has entered the canal and has settled there. When the baby is in the newborn period, the testicles must be checked thoroughly during the genital examination. In this examination, the undescended testis may be unilateral and a situation where both testicles remain in the abdomen may be encountered as well.

Retractile testis (shy, escaping or yoyo testis) occurs as a result of overactivity of the muscle that keeps the testis in the canal. However, in some cases, with excessive movement of the muscle, testes may be withdrawn and move into the abdomen and then migrate back into the abdomen when the overactivity ends. This condition does not require surgery. However, in those with a retractile testis, this condition may progress to an undescended testicle over the years. When this happens, treatment is required.

The general condition of the patients is followed up after the surgery. During the follow-up couple of observations are made such as whether the testes stays in place, whether its functional and its developmental assessment. Ultrasound and hormone level measurements are used in this observation.

WHICH DEPARTMENT TO VISIT FOR UNDESCENDED TESTICLES IN CHILDREN?

You can get in touch with the pediatric surgery or pediatric urology departments for the diagnosis of undescended testicles in infants and children.