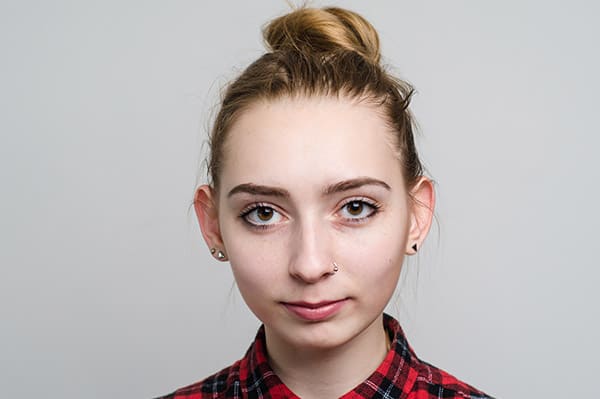 Otoplasty is a cosmetic surgical procedure for the ears. During this procedure, the plastic surgeon adjusts the size, shape and position of the ears. Some people have structural defects in their ears and these defects can be easily corrected with otoplasty.

What is Prominent Ear?

Prominent ear is a common deformity that is caused by loose cartilage in the ear area or due to insufficient ear folds. Due to these factors, the ear, which has a distorted and loose structure, is bent to the side or forward. This condition, which is usually seen in both ears, can also be seen in only one ear in some people. This situation, which looks poorly in terms of aesthetics, can be easily corrected with surgery as a result of developments in the field of medicine.

Prominent ear, which is a congenital problem, may occur due to genetic factors. For this reason, the rate of incidence is high in people who have this problem in their family. The factors that cause prominent ear are as follows:

What Kind of Problems Does Prominent Ear Cause?

Prominent ear, which can be seen in everyone, including school-age children, can cause psychological problems. People who are disturbed by this situation develop a psychological complex and resulting obsessions lead to the person developing discomfort with their appearance. This situation, which can be a source of ridicule, especially among children, can cause low self-confidence and low esteem problems in children. For this reason, it is important for people who have prominent ear problems to undergo an aesthetic operation at an early age.

This procedure, called cosmetic ear surgery, is applied to the visible part of the outer ear. The auricle consists of cartilage folds covered with skin. This formation begins to develop before birth and continues to develop in the years after the baby is born. If the auricle of the person does not develop properly, surgery may be required to correct the size, shape and position of the ears.

There are several different types of otoplasty:

Ear pinning: This procedure involves bringing the ears closer to the head and is applied to people whose ears stick out noticeably to the side of their head.

Ear reduction: It is a procedure applied to correct the ears that are larger than normal.

Who is a Good Candidate for Otoplasty?

People with larger or smaller ears than normal, and those with structural defects caused by injury, trauma or birth are the most suitable candidates for otoplasty. This procedure, which can be applied to everyone aged 5 and over, is suitable for people who do not smoke and have good general health.

How is Otoplasty Performed?

For otoplasty surgery, the person undergoes a detailed examination and their complaints are listened to. At this stage, the doctor also obtains information about the person's medical history and plans the procedure accordingly. Although this procedure, which is generally performed on an outpatient basis, depends on the person, it takes an average of 1 to 3 hours. This procedure, which does not contain risks that will affect the quality of life of the person, should be performed by a plastic surgeon who is an expert in the field in healthy and hygienic hospital conditions. In addition, the age of the patient must be taken into account and the type of anesthesia to be applied should be determined according to the age of the person. After the surgical procedure, special bands are attached to the ear, which will remain for 1-2 weeks. When the recovery period is completed, these bands are removed. The incisions made during the procedure usually remain behind the ear and do not create traces that will cause aesthetic problems.

Individuals who want to have prominent ear surgery wonder about the recovery process after the procedure. The patient is discharged on the same day if the procedure is not performed general anesthesia. The incisions made during the procedure do not require stitches and the healing of these incisions takes a maximum of 1-2 weeks. After the 2nd day of the procedure, the person can take a shower and return to his routine life after 1 week.

If prominent ear condition is detected in babies, using elastic bands for a few months under the control of a specialist doctor can fix the problem without requiring surgery. However, this only applies to conditions that are diagnosed at an early stage. The best time for surgery for structural ear defects in children is between the ages of 4 and 6 years. At this age range, the child's ear development has been completed and surgery can be performed.

Otoplasty prices vary according to the procedure to be applied and the doctor who will perform the procedure. If you want to get detailed information about the price range of otoplasty, you should go through a comprehensive physical examination and talk to your doctor about your complaints.

There is no risk after prominent ear aesthetics, but certain complications may occur. One of them is bleeding. If bleeding occurs after the surgery and if there is bleeding and blood collection in the ear, the complication can be easily resolved by draining the blood.