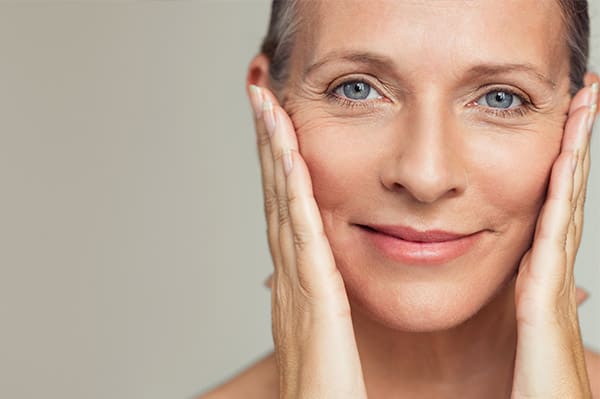 Fat injection is one of the applications that has a wide range of uses and is frequently performed. It is used to inject fat from the abdomen, hips and thighs into the cheeks, under the eyes, cheekbones, lips and face. Generally, the fat taken from the belly area of the person can also be taken from the leg and arm area, depending on the procedure to be applied. Fats are removed with a special vacuum used in liposuction treatment. These fats are used to achieve a healthier appearance under the eyes, to plump the lips, to shape the cheeks, to inject fat into the breast, to enlarge the breast and to remove wrinkles in the face area.

What is Fat Injection?

“What is fat injection?” It can be answered as an aesthetic intervention applied to both the face and the necessary areas of the body. The ultimate goal in this process is to remove the deformations that occur on the skin for any reason and to create a more aesthetic appearance. The procedure is performed using general or local anesthesia. Although the application time of the procedure varies according to the area to be intervened and the general condition of the patient, it generally takes 1-2 hours.

How is Fat Injection Applied?

The process can be applied with different techniques. However, basically, fat is taken with special liposuction injectors and transferred to a different injector and applied to the determined areas. Obtaining successful results with this procedure, which does not require incisions or stitches, is closely related to the tools used and the method of application. Especially with the processes and tools updated with the developing technology, it has become possible for the change obtained after the process to be more permanent. Local anesthesia is also preferred in the injection process applied to the face area. However, in some cases, general anesthesia is used, albeit rarely. Procedures in which general anesthesia is generally used are those that require a range of interventions. The same steps are used in the process applied to the face. First, fat is taken from the person's body, and then this fat is injected under the skin with an injector.

What are the Application Areas of Fat Injection?

Fat injection has a wide area of use, but the most common area is the face. Generally, procedures are performed to make the lips thicker, to fill the deep wrinkles on the rim of the mouth, to define the cheekbones and to enlarge the lower jaw. Injection is also used for the purpose of removing liposuction deformations that have been done but collapsed before and augmentation of the hips with fat injection. The procedure is also preferred in accidents that cause deformation of the face. The application areas are as follows:

After the fat injection, some changes occur in the body and some symptoms can be observed. In addition, there are some points to be considered during this period. Paying attention to these points is necessary for the fat injection healing process. After the procedure, there may be swelling in the treated area and these swellings last for a few days. The person is discharged after the procedure and if he is not disturbed by the swelling, he can return to his work and routine life. The person should start activities such as sports after 1 week. It takes 2 weeks for the area to take its final shape after the procedure. After the procedure, it is recommended to apply a cold compress to the area. Thus, possible swelling is minimized. The treated area should be kept away from water for 1 day. A light massage should be applied to the area 5 days after the procedure.

Are the results of Fat Injection Permanent?

Fat injection permanence status is one of the most frequently asked questions. The permanence of the procedure is closely related to the survival of the transferred fat cells. In other words, the more the fats live, the higher the permanence. However, the fats taken with the devices produced in line with the recently developed technologies are transferred to the designated area without coming into contact with the air. In this way, the process is completed without any tissue loss and results are more permanent. This feature, which is also emphasized in the comments and evaluations of those who have had fat injection to the face, makes the procedure preferable. However, patients who undergo the procedure on moving areas such as legs may need to repeat the procedure after a certain period of time. This period is longer for those who have fat injection to the chin.

Will there be thinning in the area where the fat is removed?

Since the fat is taken in small amounts, there is no difference in the region.

Where is the fat to be used for facial fat injection collected?

The fat to be injected is collected from the person's body, and this area is usually the abdomen, where fat accumulation is common in everyone. However, fat can also be removed from the hip and waist area. In very rare cases, since the arm and leg area is also preferred, fat is taken from every part of the body.

The duration of the procedure varies according to the area to be treated and the amount of fat taken. However, the average time is 30 to 60 minutes.

Which areas are often preferred for facial fat injection?

Jawline operation with fat injection is the most widely used operation. In addition, lips, around the mouth, cheekbones are also applied areas.

What are the prices of oil injection to the face?