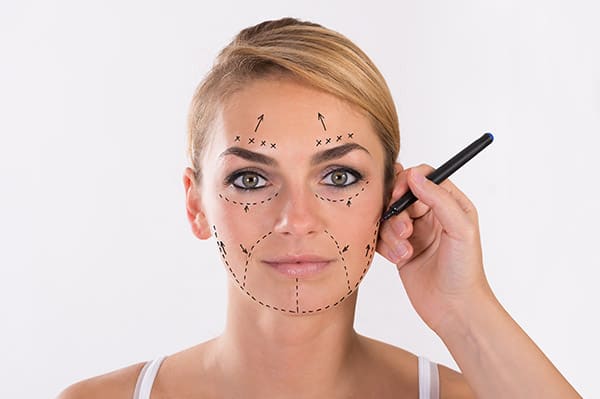 As we age, skin and tissues naturally lose their elasticity. This leads to sagging and wrinkles. A facelift, also known as rhytidectomy in the medical literature, is a surgical procedure that lifts and tightens these facial tissues. This process includes removing excess skin caused by loss of elasticity, reducing wrinkles and tightening the skin. This procedure focuses on the entire face, neck and décolleté.

Why is Face Lift Done?

The area where the effects of aging can be seen clearly is the face. With aging, sagging or lines around the eyes, prominent forehead lines, sagging on the cheeks, chin and neck are seen. These deformations are caused by aging as well as gravity and sunlight. A more dynamic image can be obtained by removing this negative appearance that occurs with the applications made to lift the face.

To Whom Is Face Lift Surgery Applied?

“What is a face lift, to whom is it applied?” The question is one of the first to be asked about the subject. The most suitable candidates for the facelift procedure, which is applied to correct the changes in the skin for certain reasons, are all men and women who experience problems such as sagging and wrinkles in the face and neck area. This procedure is usually applied to men and women over the age of 40. However, in some cases, it may also be preferred for younger people. In case of necessity, brow lift, nose aesthetics, forehead correction and eyelid aesthetics can be applied together with facelift application in people who are suitable for the procedure.

How is Face Lift Surgery Performed?

“How is face lift surgery done?” The question is also asked frequently. Before the surgery plan is made, the youth photos of the person are examined and the aging style is observed to determine which parts of the face deformation occur. During the surgery, small incisions of 1-2 millimeters are made on the skin with the endoscopic method, and the mimic muscles, connective tissues and tissues that have experienced sagging. With the operation performed on these tissues, the sagging and loosened tissues are moved to where they should normally be, and the deformation experienced is removed. One of the questions about this procedure is whether it leaves a scar or not. The size of the incisions made in the facelift application is very small and the hair is removed in such a way that it can regrow. Therefore, there is no trace after the procedure.

Face lift surgery is applied with different methods. The patient's condition is effective in the decision making of these methods. The methods are as follows:

Classical face lift (Traditional): An incision is made around the front of the ear, the earlobe or the ear fold, behind the ear and towards the scalp, and the tissues under the skin are reached with this incision. With this procedure, skin loosening in the face, neck and chin area is controlled and tightened.

Standard face lift: With an incision in the classical face lift method, deformations such as looseness and sagging are removed from the chin and neck region. In this method, the lower part of the face is targeted.

Endoscopic facelift: Smaller incisions are used in the endoscopic method. This method is based on the principle of performing operations with long thin instruments and a camera. At the end of this process, a smaller scar remains or not at all. The skin structure of the person is decisive in this. However, in this method, excess skin cannot be removed with a single operation, so it is generally used in upper face and forehead stretching procedures.

Mid-face lift: It is used to correct the cheeks and under-eye areas.

Subperiosteal facelift: In this method, the positions of the deep tissues on the facial bones are corrected and the soft tissue and bone relationship is restored.

Deep plane facelift: It aims to correct deformities in the lower eyelid, midface and cheek area.

Composite face lift: In this method, the skin, subcutaneous fat tissue and muscle are corrected as a whole.

SMAS face lift: This method, which is not effective in the mid-face area, performs the compression of the tissues that surround the deep structures of the face under the skin.

Full face lift: It is applied from the forehead to the eyelids, middle and lower face, lips and neck area for rejuvenation.

Mini facelift: Only the skin texture is corrected with small incisions.

After facelift surgery, some precautions should be taken in order to avoid edema and redness, or to minimize. These measures are as follows:

How Long is the Permanence of Face Lift Surgery?

“How many years does facelift surgery last?” The answer to the question is that it is possible to achieve a young appearance lasting 5 to 10 years after the facelift surgery. However, the main determinant of this period is the living conditions of the person. In other words, excessive alcohol and cigarette consumption, insomnia, a passive life, stress, bad eating habits and not taking precautions against sun rays can shorten this period significantly. On the contrary, people who have a calmer mood, avoid alcohol and cigarettes, adopt healthy eating habits, protect themselves from the sun and sleep regularly, may extend the permanence of the procedure.

Non-surgical face lift procedures can be listed as procedures performed with face bands, filling, botox, cellular therapy and laser. It is extremely important that these processes are carried out by experts in the field and under hygienic conditions. Because operations performed under conditions that are not suitable can cause serious problems such as allergies and infections. These non-surgical procedures have a permanence between 6 months and 1 year. At the end of this period, the procedure must be done again.

What is Face Lift Tape?

Face lift tape is preferred by those who want to have a face lift procedure without surgery. This process, which is applied with tapes obtained from cosmetic stores, offers a temporary solution.

Non-surgical facelift prices are a detail that is wondered by people who are not satisfied with the situation and want to have a more dynamic appearance. First of all, it should be noted that the price ranges for facelifts differ according to certain criteria. Facelift prices vary according to the anesthesia method used, the condition of the patient, the area and size of the procedure, the hospital, and the doctor's expertise.