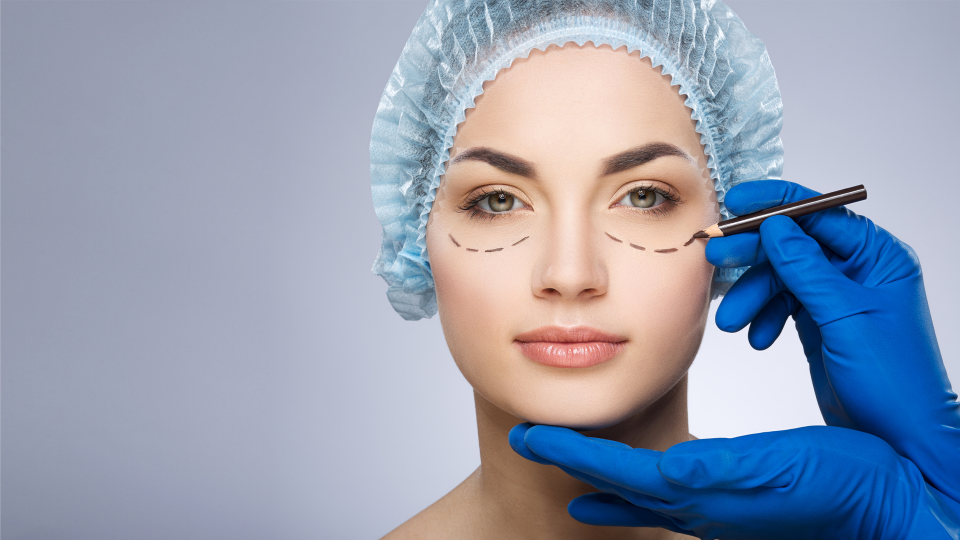 With the advancement of age, sagging occurs around the eyes, which gives an idea about the health status and general energy of the person, as well as the effect of gravity. Parallel to this situation, findings such as bagging on the eyelids, color changes, loosening of the skin and wrinkles occur. Since it is not possible to eliminate these findings with cosmetic products, aesthetic applications are preferred. Eyelid surgery, which is widely performed in this field and referred to as blepharoplasty in the medical literature, is one of the most popular aesthetic applications of recent years.

WHAT IS EYELID AESTHETICS (BLEPHAROPLASTY)?

Eyelid aesthetics, also known as blepharoplasty, is a set of surgical procedures applied to the lower and upper eyelids, to remove excess muscle tissue and excess saggy skin, and to tighten the tissues around the eyes. Eyelid aesthetics, which is generally applied to men and women aged 35 and over, makes it possible to eliminate aesthetic defects that cause the person to look tired, old and sick. After successful surgery, the person will have a more lively and more dynamic appearance.

WHAT ARE THE SIGNS OF AGING INVOLVING THE EYELIDS?

As the skin ages, it begins to lose its elasticity over time, and the excess skin as a result of this situation is first seen on the eyelids. Changes due to aging, which are evident in the eyelids, cause the person to look tired and older than they are. The signs of aging on the eyelid are as follows:

Blepharoplasty surgery, which is applied for both aesthetic and functional reasons, can be applied to the upper / lower eyelids or both, depending on the condition of the person. For this reason, the price of eyelid surgery also differs according to the eye to be treated. Eyelid aesthetic surgery is performed under local or general anesthesia. The application, which differs from person to person, takes an average of 1-3 hours. Discharge status also depends on the patient's condition. However, patients can usually be discharged on the same day. After the procedure, there may be mild pain in the area for a few days. Swelling and bruising in the treated area can also last between 3 and 7 days on average, but this process may be longer in some patients.

After the application, the stitches are removed from the 5th day and the dressing is not done until the stitches are removed. The patient who has had eyelid aesthetics can return to work in 3 or 7 days, depending on his condition. It is also possible for the patient to do sports after the 2nd week. Running can be done after the 3rd week and the 4th week should be waited for the heavy sports to be done. The aesthetic results on the eyelid are also observed as of the 3rd month.

HOW IS UPPER EYELID AESTHETICS DONE?

Eyelid drooping surgery or upper eyelid aesthetics is the removal of excess skin, fat and muscle tissue in the area. During the surgery, an incision is made from the eyelid fold line and therefore no scar is left.

HOW IS LOWER EYELID AESTHETICS DONE?

In lower eyelid aesthetics, the skin is lifted and the fat in the area is spread to the lower eye pit, and excess muscle and skin are cut and removed. The surgical incision is applied just below the eyelashes. If the collapse under the eye continues after the procedure, under the eye fat injection can be applied after recovery.

Infection after eyelid surgery is very rare. However, bleeding after the procedure is a feared complication. It is also expected that there will be some blood under the core skin. Bruises may occur after surgery. One of the most feared complications is pulling down of the lower eyelid. This can be seen in patients who have undergone eye surgery for the second time.

After the surgery
FREQUENTLY ASKED QUESTIONS

With eyelid aesthetics, excess skin, excess muscle or fat tissues on the lids are removed. This is a permanent procedure and its effect can last up to 10-15 years. However, it should be noted that this period will differ from person to person. At the end of this period, a new surgical application may be required due to the loss of elasticity of the skin over time, with aging, gravity and the use of mimics.

It is a low-risk operation when performed by experts in the field of eyelid aesthetics. Postoperative bleeding is most common in the form of edema and, rarely, bruising and leakage. However, these are mostly temporary.

How is the recovery period after eyelid aesthetics (blepharoplasty)?

After eyelid surgery, swelling and redness can be seen around the eyes. However, these effects disappear within 1 week. Therefore, at the end of this period, the patient should apply cold to get rid of bruises, swelling and redness to a great extent. After the 3rd day, the bandages on the stitches are removed and the stitches are removed after 1 week. One month after the procedure, the surgical scars disappear and the eye area achieves its natural look. The patient can return to his routine life 3 days after the operation.

How many days after eyelid aesthetics surgery (blepharoplasty) can I shower?

From the 3rd day after eyelid surgery, the patient can start taking a shower. However, the patient should not touch his head and eyelids on the day of surgery and in the first days.

Eye Health and Disorders Of The Eye