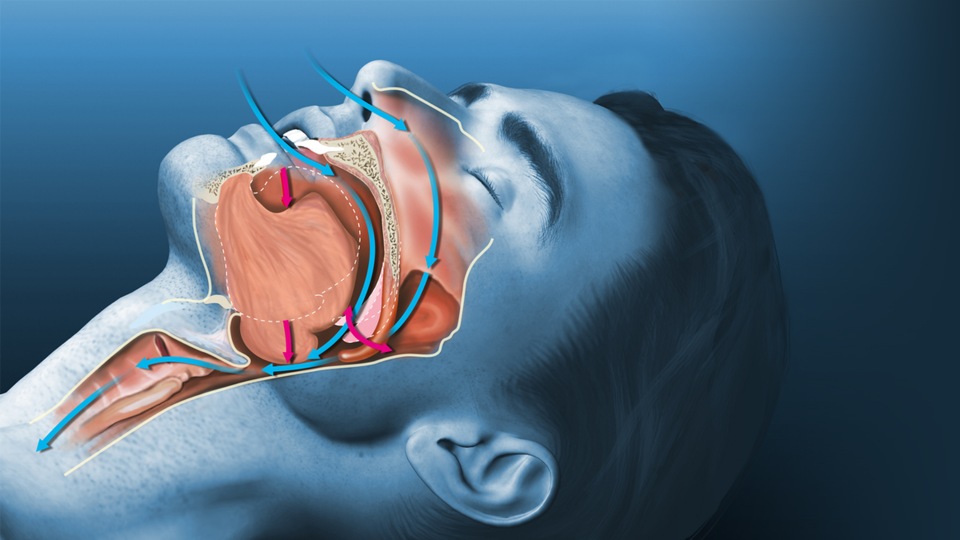 Sleep apnea is one of the disorders that recurs throughout the night, causing the person to wake up tired in the morning and experience inattention during the day. If left untreated, it can lead to serious diseases such as type 2 diabetes, heart attack or stroke.

What is Sleep Apnea?

“What is sleep apnea?” It can be answered as a syndrome seen with the recurrence of obstructions in the upper respiratory tract during sleep and a decrease in blood oxygen levels. This condition, also called obstructive sleep apnea syndrome, can recur throughout the night. This disorder, which is generally seen in overweight men, can be experienced in any age range, but it most commonly occurs between the ages of 50 and 65. The incidence of this condition is 4% in men and 2% in women. One of the biggest harms caused by this syndrome is the decrease in the amount of oxygen in the body during the discomfort and the increase in the amount of carbon dioxide in the blood. As the duration of the apnea is prolonged, this decrease can reach very serious levels, and in addition, the heart rhythm may be disrupted, and a heart attack may occur or heart may stop.

There are 3 types of sleep apnea:

Obstructive Sleep Apnea: It is a type of sleep apnea characterized by partial or complete loss of function in the airways, interrupting sleep attacks and low oxygen levels. Due to this situation, the sleep quality of the person decreases significantly. People with this condition may experience daytime sleepiness and loud snoring. This type of apnea usually occurs due to obstruction in the upper respiratory tract and is one of the most common types of apnea.

Central Sleep Apnea: It occurs when the centers in the brain do not send the correct signal to the muscles that control breathing. A person may experience respiratory arrest during sleep, and this causes the person's oxygen and carbon dioxide balance to deteriorate. In this type of apnea, sleepiness and loud snoring are seen during the daytime. However, this type of apnea can be seen as a result of neurological disorders such as Parkinson's disease.

Complex Sleep Apnea Syndrome: In this type of apnea, obstructive sleep apnea and central sleep apnea are experienced together.

“What causes sleep apnea?” The answer to the question differs according to the type of apnea the person experiences. The causes of obstructive sleep apnea are as follows:

The causes of central sleep apnea are as follows:

With this condition, which causes breathing to stop during sleep, an irregularity in the heart rhythm of the person can be observed. However, frequent urination at night, waking up tired in the morning, excessive sweating and tension are among the conditions that can be experienced. Long-term sleep apnea problem can bring along high blood pressure or stroke with cerebral vascular occlusion. This situation, which also causes respiratory arrest during sleep, causes low oxygen level in the patient during the night and loads the heart and vascular system. This causes heart enlargement and hypertension over time.

HOW IS SLEEP APNEA DIAGNOSED?

The sleep apnea test performed for the diagnosis is also an important step in the treatment process. In this test, called polysomnography, a person's brain activity and breathing are recorded overnight. Along with this test, different parameters such as EEG, EOG, EKG, EMG, abdominal and chest movements recording, breathing effort, body position, airflow recording from the mouth and nose, and oxygen saturation are monitored for 7 hours during the night. While the person is asleep, eye movements, brain waves, snoring, oxygen levels, heart rate and leg movements are measured. In order to apply the sleep apnea test, the person must stay in the sleeping room for 1 night. During this test, cables are connected to various parts of the body and the signals received through these cables are transferred to the computer outside the room. By examining this recording in detail, how many times and for how long the person's breathing stops during sleep, how the body's oxygen values ​​and heart rhythm are affected when it stops, and whether there is a deep sleep are assessed.

The first step, which is necessary and important for the treatment of sleep apnea, is to check whether the person has obesity and to correct this situation. In addition, if the person's upper respiratory tract is markedly narrow, surgical evaluation is performed. The celon method is also used in the treatment. It is important that this method, which requires surgical operation, is applied to the right patient profile for success. In advanced treatment, CPAP (positive air pressure therapy) is applied. Another form of treatment is the PAP, or sleep apnea mask. This mask keeps the upper airways open during sleep and prevents the situation from happening.

The questionnaire that can be applied to detect sleep apnea is as follows:

If the majority of the answers to the test questions are "Yes", then the Sleep Disorders Outpatient Clinic should be consulted.