Cant find what you look for? 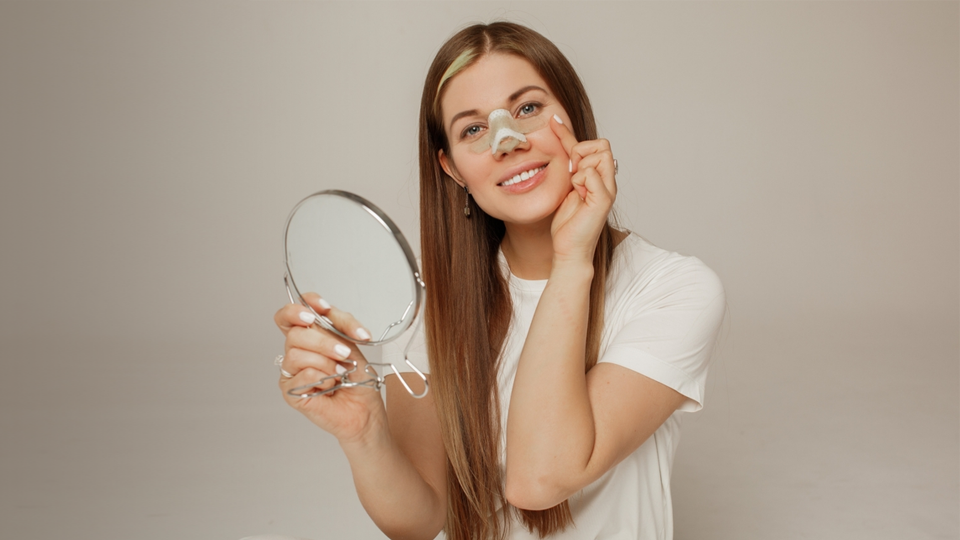 Rhinoplasty, known as nose surgery, is a surgical procedure performed to change the shape of the nose. In this process, it is aimed to protect breathing, which is the most important function of the nose, in the best way possible. For this reason, an ideal application is carried out in terms of both aesthetics and health.

TO WHOM IS NOSE AESTHETICS (RHINOPLASTY) APPLIED?

“What is rhinoplasty?” and the question of who this application is suitable for is among the topics that are wondered frequently. This procedure, which is generally applied to correct the nose that is not aesthetically pleasing, can be applied to anyone with a suitable general health condition. This procedure, which is demanded due to aesthetic concerns, is performed for reasons such as the arch of the nose being over-arched, longer than normal, large nostrils or low nasal tip. By removing these defects in the nose with aesthetic application, the angle of the nose with the lips and forehead is corrected. During this aesthetic application, bone curvature and cartilage that may cause health problems are also corrected.

Open rhinoplasty: In this technique, the aesthetic application is performed by making an incision in the lower part of the nostrils. This technique is applied by seeing the bones, muscles and cartilage of the nose. In open rhinoplasty, the doctor has a high command of the nose and performs the procedure by seeing every part of the nose. Although it takes longer than closed rhinoplasty, it is the most commonly used rhinoplasty technique worldwide and is extremely safe. Before this procedure, the patient should clearly determine his expectation and the doctor should provide detailed information about the process to the patient. It is also important that the patient avoids the use of glasses for the first 1-1.5 months after the procedure.

Closed rhinoplasty: It is a procedure performed by making an incision in the inner parts of the nose and takes a shorter time than the open rhinoplasty technique. In this technique, recovery is slightly faster since the tip of the nose is not opened.

Piezo rhinoplasty: Piezo rhinoplasty, which is not a surgical method, is applied with an ultrasonic bone cutter device. The peculiarity of this device is not to damage the soft tissues during the cutting process.

Tip plasty: It is a technique used in procedures related to the tip of the nose. In this technique, only 1 cm of the nose is treated from the tip. In this procedure, no intervention is made on the bones.

Laser rhinoplasty: It is a technique applied to reduce the flesh in the nose. In this technique, it is aimed to reduce the nasal concha through the nose by giving laser energy to the nose with a fiber optic device. It is a process that takes an average of 10 minutes.

Profiloplasty: This method, which deals with the forehead, nose and jaw line of the person as a whole, aims to have a balanced facial profile. In this procedure, not only the nose surgery, but also the angle between the nose and the forehead, as well as the position of the chin are taken into account.

IS THERE AN AGE LIMIT FOR NOSE AESTHETICS (RHINOPLASTY)?

This aesthetic application can be applied before the age of 18 depending on the conditions of the patient. However, if it is desired to be performed only for aesthetic concerns, the person is expected to be 18 years old in order to develop the facial and bone structure.

WHAT IS THE PRICE OF NOSE AESTHETICS (RHINOPLASTY)?

Rhinoplasty prices vary according to the procedure to be performed, the size of the procedure, the nose structure of the person and the expertise of the doctor.

Before the operation, the patient should provide detailed information about the drugs used to the doctor and anesthesiologist, if any. In case of use of blood thinning drugs such as aspirin, these drugs should be discontinued 1 week before. The patient should remove the accessories from his body on the day of the operation. In addition, female patients should also clean their nail polish and make-up. If the person is experiencing a situation such as flu or cold, he or she should definitely share this situation with the doctor. Certain foods and beverages can cause increased bleeding. Therefore, before the operation, foods and beverages such as green tea, garlic, olive oil, red wine, turmeric and ginger should be stopped for a certain period of time before the operation. The fact that female patients are in their menstrual period is a situation that may increase the edema to be experienced after the procedure, so the operation is not performed during these periods. Having a smoking habit negatively affects the recovery period, so the patient should take a break from this habit for a certain period of time.

Some points should be considered after rhinoplasty. These points are as follows:

Is rhinoplasty a suitable method for arched noses?

In aesthetic nose applications, the arched nose is among the commonly corrected nose types in Turkey. However, arched nose complaints can be easily resolved as a result of developments in aesthetic applications. For such nasal structures, the excess bone and cartilage is filed or removed. However, as a result of recent developments, the height of the nose can be completely reduced without filing the patient's nose.

Can the septum deviation be corrected with nasal aesthetics (rhinoplasty)?

The septum is the part that divides the nasal cavity into two. The anterior part of the septum is composed of cartilage and the posterior part is composed of bone. The condition called septum deviation is when the bone or cartilage tissue in the midline of the nose is tilted to one side and causes breathing problems. This condition can be operated during rhinoplasty.

How should a rhinoplasty doctor be choosen?

How to choose the doctor of aesthetics, as well as the prices of nose surgery, are among the topics that are wondered. People who want to have rhinoplasty should first determine whether they will have the procedure done by an otolaryngologist or plastic surgeon. Because functional surgical applications of the nose are the field of otolaryngologist and aesthetic appearance is the field of plastic surgery specialist. After this determination, it is important that the person clearly defines his/her expectation from the procedure. Then, a detailed planning process should be carried out with the doctor.

What is nasal tip aesthetics?

What are the non-surgical methods used in rhinoplasty?

Nasal filling: It is a non-surgical aesthetic method applied for nasal arches that do not have a distinctive structure. The effects of this application, which is frequently preferred by patients who do not prefer surgery, are not permanent in the long term.

Nose tip botox: It is the application of botox to the area where the nose meets the lip area. The applied botox allows the muscle in the area to relax and the tip of the nose to rise. The effect of this process is also short-lived.

How many hours do rhinoplasty applications take?

These applications vary according to the operation to be performed. If there is no septum curvature and other problems, the procedure may take up to 2-2.5 hours.

In which season should rhinoplasty be performed?

There is no valid season for these applications. However, due to sweating in hot weather, the nasal cast can be easily loosened. However, the materials used in recent years easily provide air permeability and thus such problems do not occur. There are some situations that patients who want to have rhinoplasty in the summer months should consider. During the healing process, the sun should be avoided. This process may cause darkening of the skin color in the applied area. For this reason, sunscreen and hat should be used to protect from the sun. Sunglasses, which are often used in summer, should also be avoided during this period. It is also important not to enter the sea and the pool during this period.

How long does it take for bruising and swelling after the procedure to go away?

After open or closed nose surgery, bruising may or may not occur at all, depending on the type of trauma experienced in the nose. The bruises that occur turn yellow within 1 week and take on an invisible color over time. Swelling and edema are seen on the 2nd day after the operation. These edema and swellings also pass in a week.